Since this April 12th you can see a Fiat 500 literally parked on a building's facade in the neighbourhood of Bellevue in Nantes / Saint-Herblain !

This is the power of science, the fruit of a study conducted by The Cluster Meca, which allowed the Royal de Luxe company to enchant the neighbourhood with this crazy project which thwarts the laws of gravity.

Indeed, the Cluster Meca was in charge of validating the security of the artistic performance with respect to the public and in particular to study and design the fixings to park the car on the facade of this building. A fiat 500 it is still 470 kg! And if this feat was only the beginning of a series taled by Mr. Bourgogne (the famous owner og the vehicle)... ? 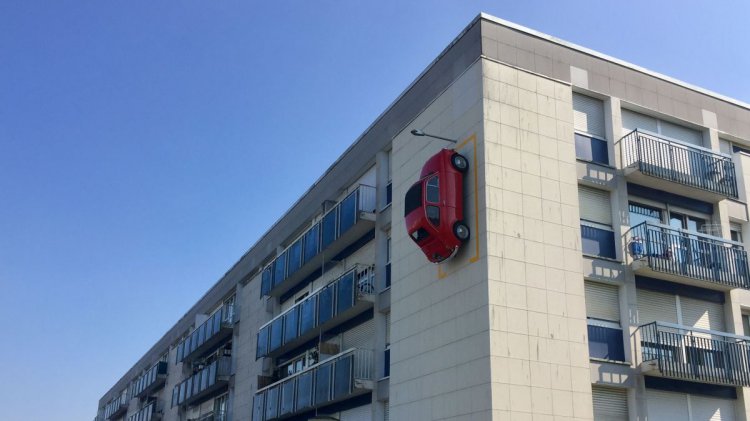 The laws of gravity are overpassed !