In collaboration with Multiplast Company, the Cluster Meca worked on the project CSCOR, Spiritual Cultural Russian Orthodox Center. Meca was involved in the design, drawings, justification by calculations, mechanical, physical and chemical testing and on the final technical ATEx document, of the composites domes church.

Preliminary study of a project initiated in 2007

Alexis II, patriarch of the Russian Orthodox Church, made a visit to France in the fall of 2007. He expressed the wish to build a church in Paris. Nicolas Sarkozy, then president of the republic was ready to support the project.

In 2010, Russia bought a 4.000m2 building site, closed to the Eiffel Tower, in an area protected by the French rules for architecture and historical partimony. The initial project was ultimately refused for reasons of appearance by the former Mayor of Paris, Bertrand Delanoe.

Meca, then worked on a feasibility study for the structure of the canopy around the building, made from carbon fiber beams with evolving inertia. This was the only technical solution to meet the design of architect Manuel Nuñez-Yanowsky. 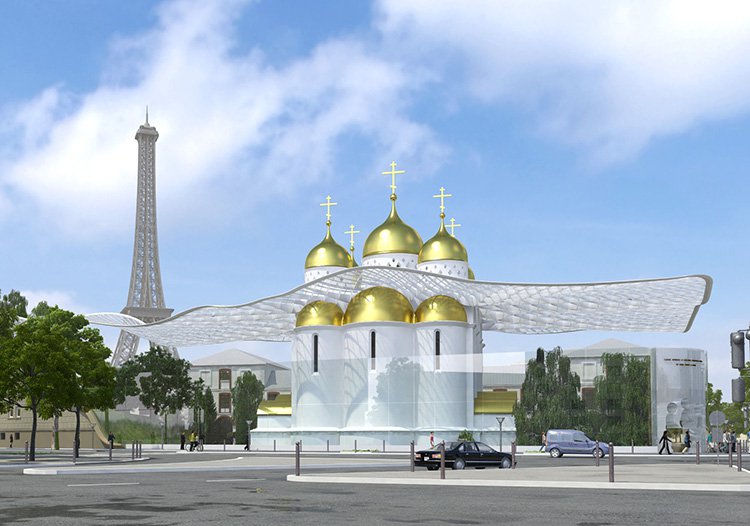 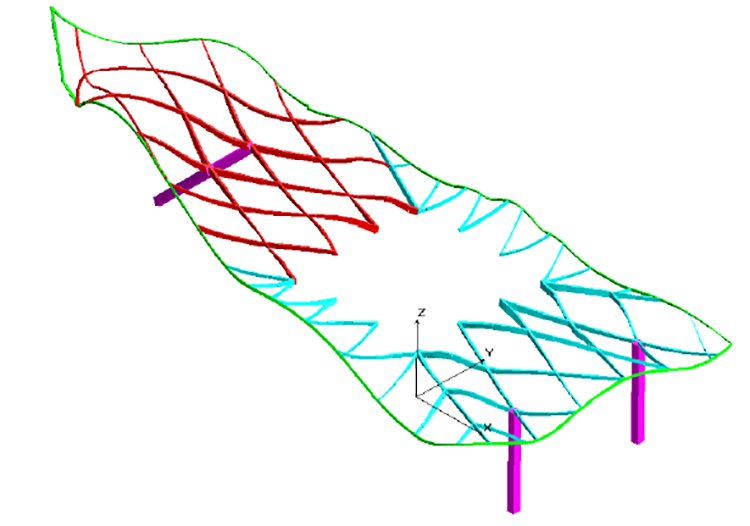 Finally, the project of the French architect Jean-Michel Wilmotte will be achieved.

In collaboration with Multiplast Company, the Cluster Méca worked on the project CSCOR, Spiritual Cultural Russian Orthodox Center. Meca was involved in the design, drawings, justification by calculations, mechanical, physical and chemical testing and on the final technical ATEx document, of the composites domes church. Throughout the project, Méca has supported technically the contractor by providing the necessary justification for this non-traditional building technology, a first in the construction sector in France. 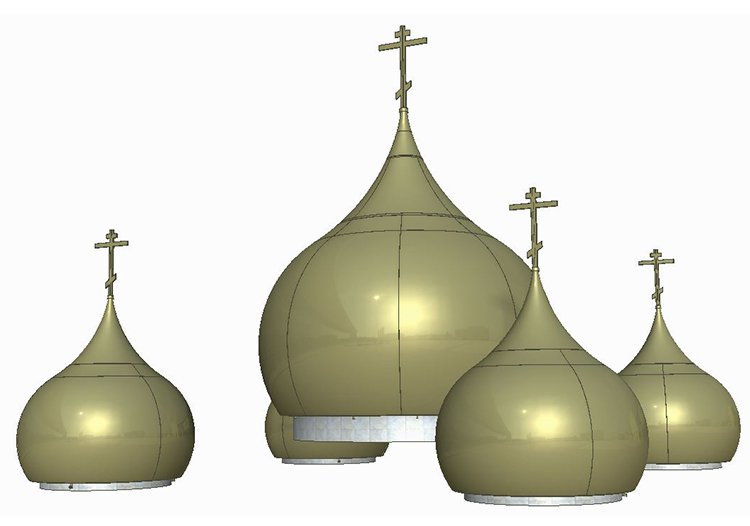 The domes are usually built in wood timber, then they are covered with gold sheets on the faces. Using composite materials, Meca uses innovative building technology, to achieve a smooth dome and lighter (8-9 tonnes against 40 tonnes for traditional wooden dome).

Méca, Multiplast and Bouygues have worked closely with Bureau Veritas, then they had to present and defend the technical part of the project to the French administration CSTB (French Technical and Scientifical Center for the Building and Construction) in Marne La Vallée.

Meca from the outset of the project laid down the design principles:  composite materials choices, assembly of the dome, watertight, weather resistance, its requirements in case of fire, bonding with the cross, etc. Meca was an active partner of Multiplast in the realization of this major project. 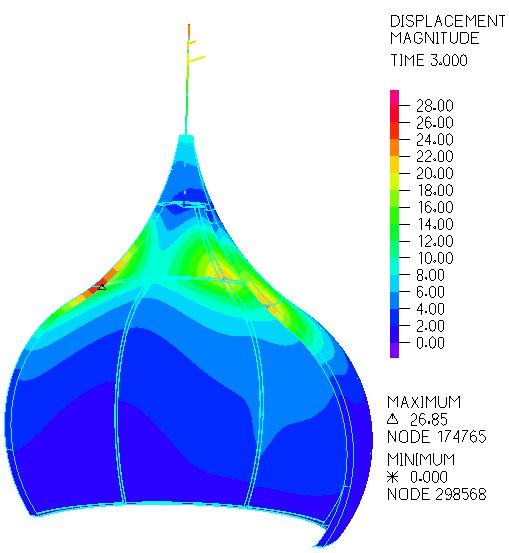 In addition, MECA was also involved in the design of tools for transporting the petals from Vannes to Paris and preserve the quality of the gold leaf.

The domes are composed of several parts or petals, joined together mechanically. The domes are self-supporting. They do not require additional metallic structures. The petals assembled on the ground can then be lift and fixed to the building. 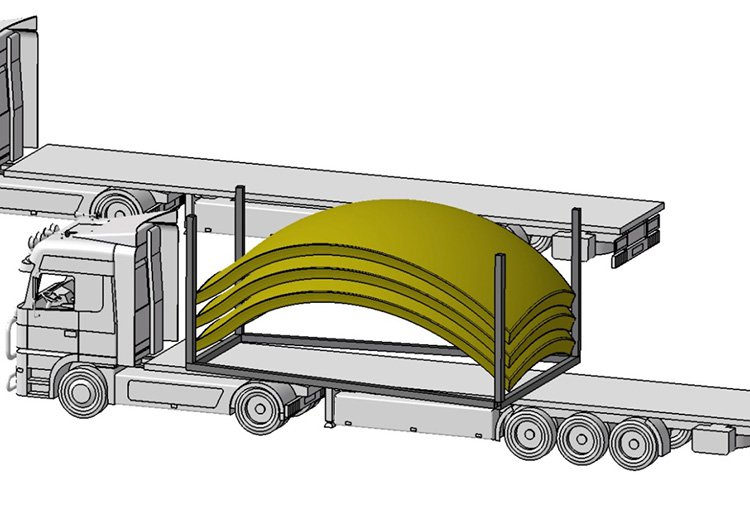 On 19 March, the curious were able to observe on the Quai Branly a funny ride with the lifting of the largest of the five domes. It is 12 m in diameter and over 15 meters high. Before lifting, these domes were blessed on January 18 in the premises of Multiplast by Bishop Nestor, Orthodox bishop of France.

This poses the main dome of the Holy Trinity Cathedral is the most spectacular of a series for a few weeks, five domes will complete this building built by Bouygues Bâtiment Ile de France Private Construction at a cost estimated at 170 million euros.

Inaugurated in October 2016, the Russian Orthodox Spiritual and Cultural Center will also house a Franco-Russian bilingual school of 150 students, a parish house, a cultural center with a library, exhibition rooms and café.