To bring you permanent solutions and innovative propositions, the Expert-Meca team makes Research & Development applied on the theme of mastering integrity and extension of the life of works. 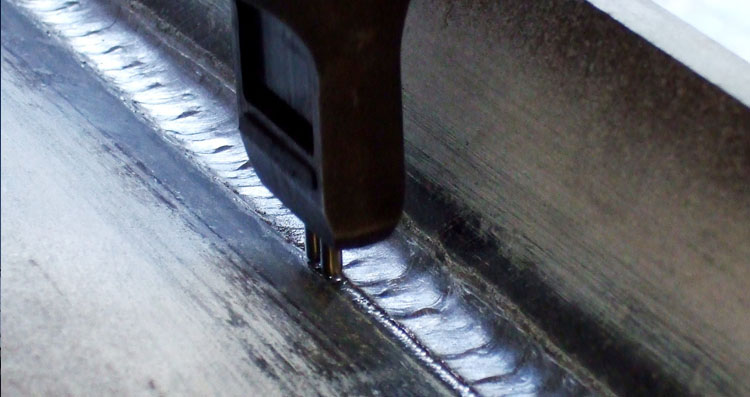 HF hammering of a welded assembly

A large majority of metal equipment and structures is submitted to loads of variable amplitude during their operation. The cyclical nature of the loading applied then shows the phenomenon of fatigue. This can be considered as responsible for an average of 80% of breaks originating from service damage in the mechanical industry.
The fatigue behavior of metallic materials depends on the characteristics of the cyclic load (traction, flexion or torsion, level of average constraint, multi-axiality of the loading), but also from the material side on the state of residual surface constraints, on concentrations of constraints, on the state of strain hardening and on the surface state in terms of the roughness.
Thus, assemblies in the as-welded condition, for which the singular geometry of the weld toe constitutes a site of strong concentrations of constraints, reveal conditions of identical loads of fatigue life (expressed as the number of cycles) that are relatively weak compared to those of the basic materials used. Their weak performance and often high dispersion of service lives are accentuated by an often high variability in the geometry of the weld toe or the depth of the weld penetration, a rough microstructure in the vicinity of critical points and the inherent presence of residual constraints of high traction on the edges of the weld toe.

In addition to prior optimization of the design and quality of execution of the welded joint, it is possible to apply various completion treatments of the weld toe. The effect of these treatments is to improve the local geometry in the weld toe and/or modify the field of residual traction constraints, initially induced by the welding and by the introduction of compression constraints. We could particularly cite TIG re-melting, shot blasting or even conventional hammering and high frequency (HF) hammering.

In the case of a risk of failure in the weld toe, the result of all these treatments is a significant improvement on the fatigue strength of the assembly under consideration. Today, the HF hammering process is one of the most promising techniques and among the simplest to implement. 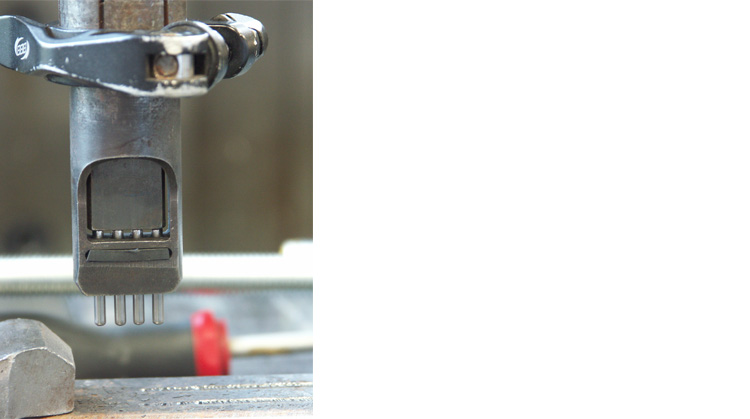 The latest international research underpins the encouraging advances in terms of the prediction of increases in the lifetime of works. Thus Expert-Méca, closely involved in the national studies on the HF hammering process, intends to foster its industrialization by carrying out studies aiming to support the industrial implementation of this technology.